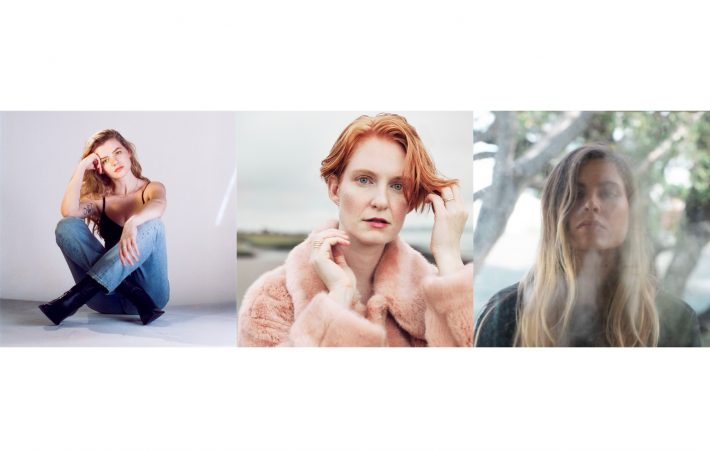 Discover three new albums from musicians based in Ireland, New York and Los Angeles. Two are built around guitars, one around a piano. But all are personal and from artists who want to control their music themselves.

Just in her early 20s Ireland-based singer/songwriter Rosie Carney has already a false start in the music industry behind her. She refused to be molded into a pop star and turned instead to writing beautiful, intimate songs. Her debut “Bare” is an album you can hear over and over again. Listen on Apple Music or on Spotify below:

“The Unkindness” is the new album by New York singer songwriter MacKenzie Shivers. In 11 reflective, piano-driven songs she takes on the state of society, where kindness seems to be in short supply. Stand out song: “Tears To Keep Me Warm” with its urgent, staccato piano chords. Listen on Apple Music or on Spotify below:

talker is the stage name of Californian singer/songwriter Celeste Tauchar, who just released her 5-track debut album “Horror Films”. Her songs elegantly walk the line between pop and rock and can become quite heavy and intense. Listen to “Horror Films” on Apple Music or below on Spotify: