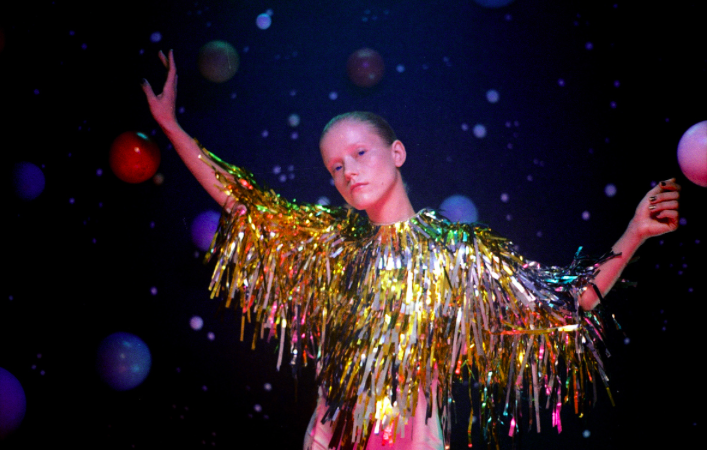 Ahead of her album “Paper Castles”, scheduled for March 8, Alice Phoebe Lou delights her fans with a gorgeous surreal video for her latest single “Galaxies”.

Alice explains that the track:

“Happened on a rainy moody day in Berlin, my friend Harry Charles & I wrote this song while lying on the carpet of my room. Space had become such a theme in my life & music, not in a scientific way but more in a metaphorical sense; drawing parallels between a planet in the expansive universe & the way that one’s tiny & seemingly insignificant existence interacts with the world. This song is about being nothing & everything. Abut being overwhelmed by the weight of existence while simultaneously being in awe & wonder of it all. ‘Galaxies’ came to life the first time we played in the Planetarium in Berlin; we’ve played 13 shows there now & every time I see the visuals come to life & the audience being swept away by the combination of the song with the projections of flying through the galaxies, the song makes so much sense”.

Alice Phoebe Lou is on tour and makes a stop in Austin, TX for SXSW2019. We are overjoyed to welcome Alice on the glamglare presents Official SXSW2019 Showcase lineup. If you’re in Austin, mark your calendar for Thursday, March 14th at 12am when Alice Phoebe Lou takes the stage at The Townsend.