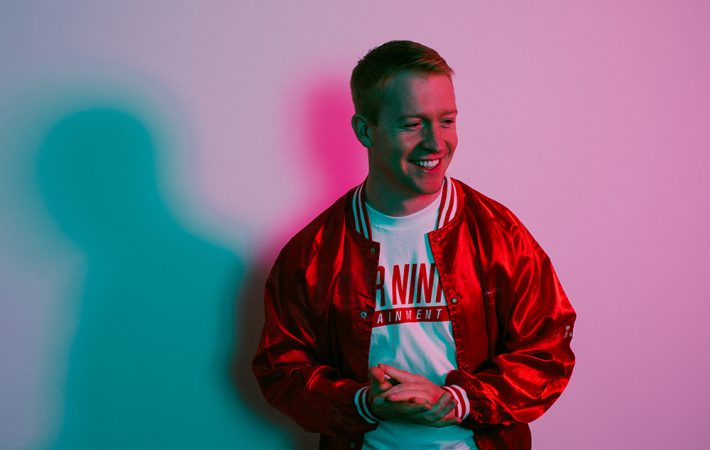 While watching the charming “(Tell Me) It’s Not Love” video by Kezar, a fuzzy happy feeling grows deep inside and a big smile wants to take over your face. Memories of popular romantic comedies like “Love, Actually” or “A Knight’s Tale” come to mind, how they played with the concept of love, dance and music. However, it’s a different idea Kezar, the indie pop project of Jack Mosbacher and Fantastic Negrito drummer James Small, pursued.

When asked about his own take, Jack Mosbacher explains:

“The song is about that timeless ‘wow’ feeling you get only a few times in a lifetime – when you see someone and think, “Well, for better or worse, this person is going to rock my world.” We wanted a video that matched the timelessness of that feeling with the edginess of the song’s production, so director Sarah Thacker and I chose Pride & Prejudice with combat boots.”

It for sure works! The exuberant joy of being deeply in love and having found “the one” is beautifully expressed in the lively video. The juxtaposition of Regency Era with contemporary fashion, as well as combining classic dance moves with modern ones plus many other bits and pieces lend the video its incredible romantic magic.

Watch “(Tell Me) It’s Not Love”, our exclusive video premiere and have a wonderful Valentine’s Day!

For your playlist on SoundCloud: