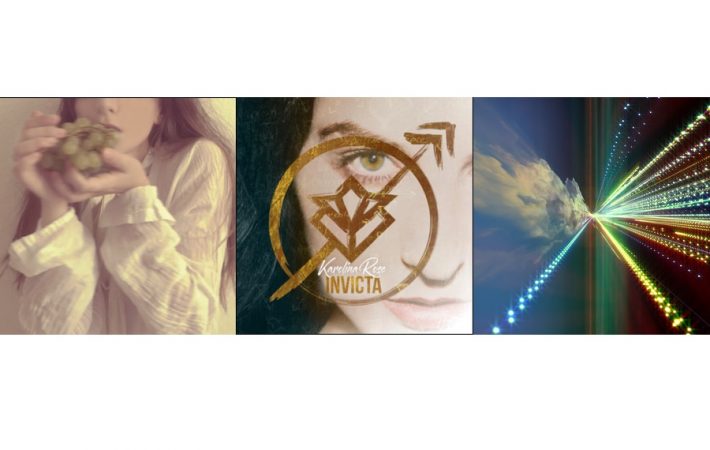 Synth-pop is a vast genre and the endless possibilities one has these days with hard- and software invite to constant experimentation and invention. The second installment of our Three (or more) Albums series highlights three EPs which convey quite different vibes.

Indianapolis-based producer Gwendolyn Dot does ethereal, atmospheric synth-pop. Songs that you can float away on. Stand out track: “Placenta et Al”. Listen to her EP “Mystic Responsibilities” on Apple Music or below on Spotify:

The debut EP “Invicta” by Brooklyn-based singer/songwriter Karolina Rose contains six personal, high energy tracks that benefit both from Karolina’s voice and from the classic, melodic synth-pop production. Standout track: “Going To Berlin”, which tells the story of following your dreams by traveling to some of the world’s hot spots. Listen to “Invicta” on Apple Music or on Spotify below:

Sarah P. was the singer of the semi-mysterious Greek electronic band Keep Shelly In Athens. Something happened and Sarah P. is now releasing music under her own name in Berlin. “Meanads”, her latest EP, is a hard to classify, edgy and a bit disturbing. In other words, something worth spending time listening. Standout track: “Lotus Eater”. Listen to “Meanads” on Apple Music to below on Spotify: