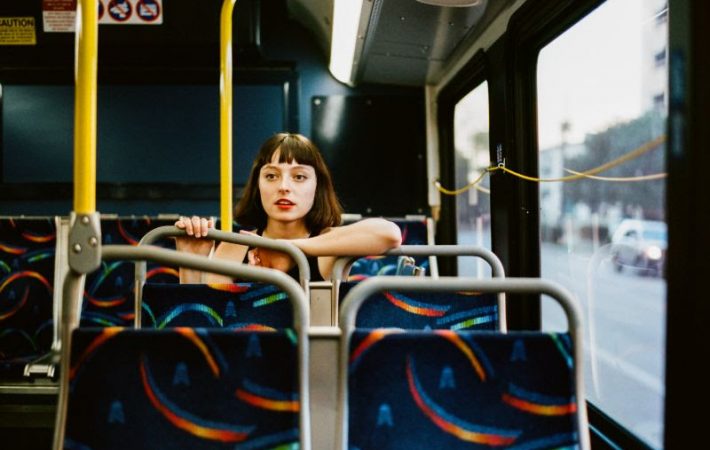 Australian singer/songwriter Stella Donnelly is a cheerful, charismatic young woman as we could witness first hand at her Iceland Airwaves show where she was interviewed for The Current. It fits that her new song and video “Old Man” feels upbeat and light-hearted on the surface, but in fact it is – like much of her other work – a scorching take on patriarchy. Stella, like many other female musicians speaks from experience:

I came up with the chords and chorus to this song in 2017 around the time when Woody Allen called the #metoo movement a witch hunt. It was a very strange feeling for me watching the world change right before my eyes and to see that these men who had exploited their power for so long were actually being held accountable for their actions. It made me look back on my experiences as a young woman doing music and certain powerful men who tried to manipulate me and exploit other young women. I needed to write this song for myself because if I hadn’t I would still feel quite angry about things that I probably let slide in my younger, more naive days. I have no intentions of publicly calling out these people but it’s a nice feeling to me knowing that they may hear this song one day and feel perhaps an inch of the humiliation and powerlessness that they inflicted on me back then.

Stella Donnelly’s debut album “Beware of the Dogs” is scheduled for March 8 on Secretly Canadian. Watch the video to “Old Man” on YouTube: