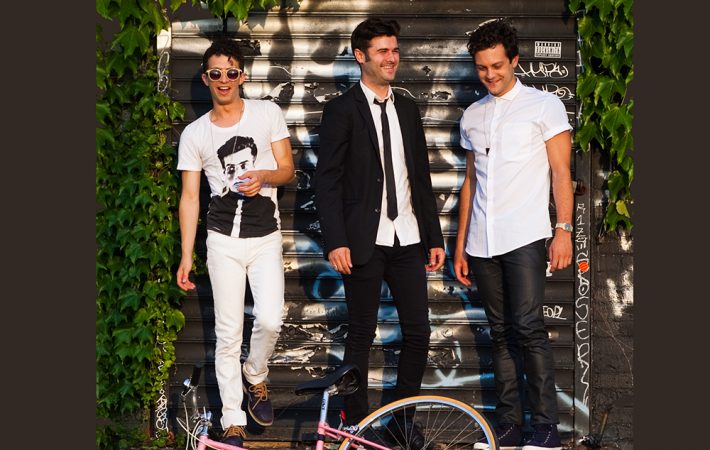 The beautifully lush and upbeat “Read Between The Lines” by Brooklyn-based synth-pop band Teen Commandments got a visual treatment that supports the funky and carefree vibe of the song perfectly. Makes us lust after those crazy Summer days again already!

Singer Brett Moses provides the following about their music video:

“Our bassist, Van Hughes, recently bought a futuristic electric scooter and phone-controlled robot camera arm. He directed and shot the whole thing on the single hottest day of the year, and now it’s ready to be seen.”

Many New Yorkers will recall the hottest day of the year, and wherever you are located, you will know yours too. Regardless though, “Read Between The Lines” is one hot and groovy, joyful piece of music, our Song Pick of the Day and video premiere. Check it out now:

Listen to “Read Between The Lines” on SoundCloud and…

… add the track to your playlist on Spotify: