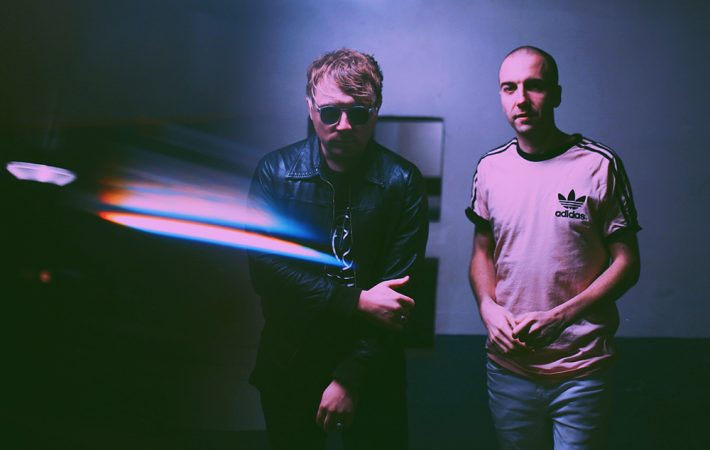 In case you’re wondering whether you read correctly or not, yes, you did because this is a cover of the Bee Gees’ mega hit “Stayin’ Alive”, released in December 1977. If someone dares to take on such a cult classic, they better make it worthwhile and in deed, the Brit duo Lusts created a true stunner, by doing the original justice and putting their own magical spin on it. This time around, 41 years later, “Stayin’ Alive” is kept purely electronic, with an almost sparse yet distinctively atmospheric arrangement. This is no longer ‘disco’ but more like contemporary dark wave with an undercurrent 80s vibe.

Behind Lusts are brothers Andrew and James Stone, who explain why they wanted to tackle “Stayin’ Alive”:

“We decided to cover this because it’s a great pop song with a darker undercurrent. There’s this edge to the lyrics that comes across in a different tone when it’s re-contextualised. Most people will think of Stayin’ Alive as an upbeat track because of the music and rhythms, but there’s a lot more going on there. Lyrically, it feels like it speaks about archaic expectations of being a man which the narrator struggles with. As an issue that is just as relevant today, it particularly resonated with us. We wanted to pull that tension out more and explore it. Also, the Gibb brothers are geniuses and we also wanted to pay a bit of tribute to them too.”

It is rare for me to fall for a cover, especially when I love the the original so much but at times there are exceptions to the rule and this new version of “Stayin’ Alive” is incredibly awesome, hence our Song Pick of the Day. Give it a listen and don’t even try to imagine the opening scene of “Saturday Night Fever” because… this is different, yet in its own right absolutely fantastic and a true tribute:

Listen here to the original of the timeless class “Stayin’ Alive”, one of my personal all time favorite songs: