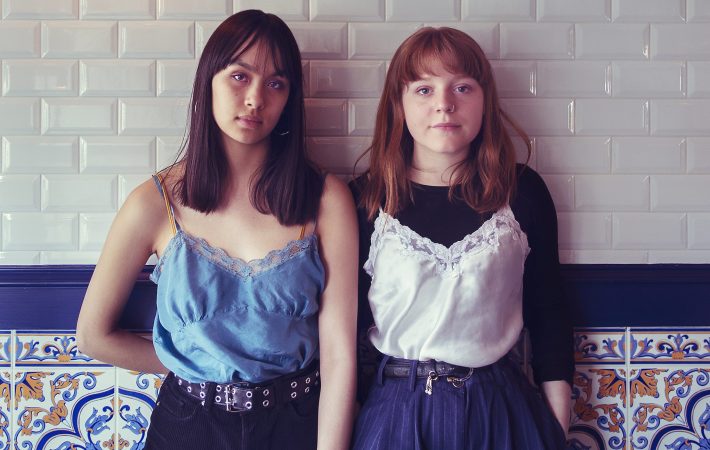 Moscow Apartment are Brighid Fry and Pascale Padilla, two teenagers from Toronto, Canada, who have already an EP and a bunch of shows under their belt. Their new song “Orange” is a fresh, upbeat pop song that immediately grabs you and makes you want to sing along.

The band explains about the track:

‘Orange’ is about the weird twilight zone feeling. This happens sometimes at sunset but when things suddenly don’t feel real and you feel like everything around you is a movie.