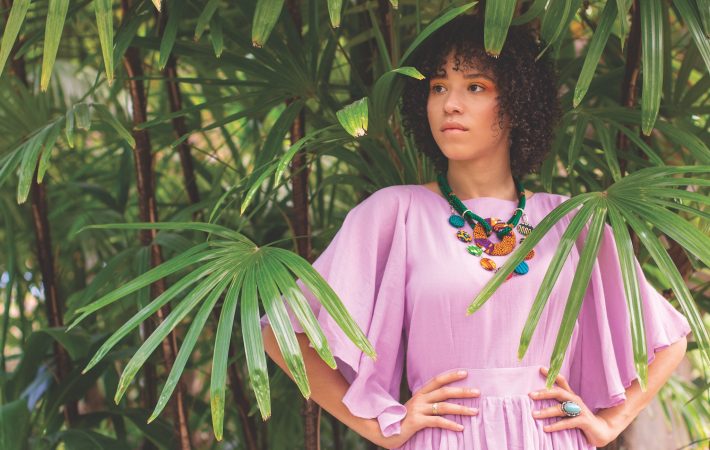 Kaia Kater is a folk musician from Toronto, but on her new album “Grenades” (Apple Music | Spotify) she explores her heritage and the story of her father who immigrated to Canada after he had to leave the Caribbean island of Grenada in the wake of the U.S. invasion of 1983.

Kaia’s latest song “New Colossus” is rooted in North American folk music as is most of the rest of the album. This helps pulling the story out of its individual context: the “Death Of A Dream” that her father recounts on “Grenades” happens in one or the other way everywhere in the world.

Listen to the beautiful “New Colossus” on Spotify or watch Kaia and her band performing it live in the studio: