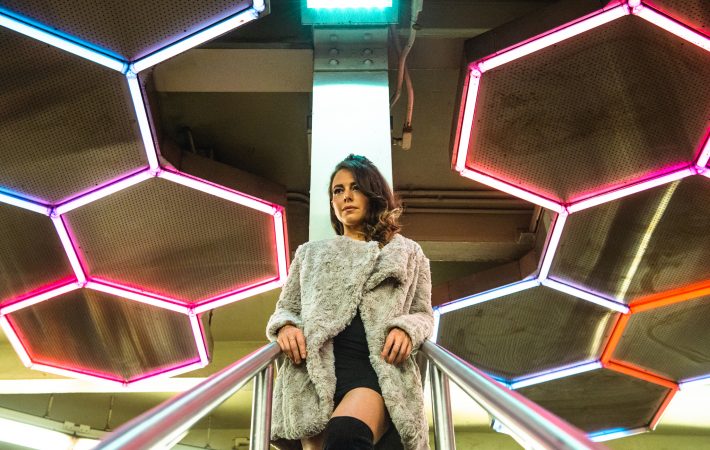 We have been waiting for the new I Am Snow Angel album “Mothership” like, forever, but now there is a release date on January 25 and a new song in two versions that gives insight how Julie Kathryn created the songs for the album:

In the Cabin Mix, I employed onomatopoeia by using sounds that, to me, are reminiscent of the buzzing and gurgling of a honeybee and it’s honeycomb lair, but with a dark edge.

In the City Mix, I overlayed trap beats with glitchy and robotic vocals to help bring the song’s melody to life while also depicting the inevitable merging of technology and nature.

Check out the City Mix of “Honeybee” below:

And listen to the Cabin Mix. Which one do you like more?