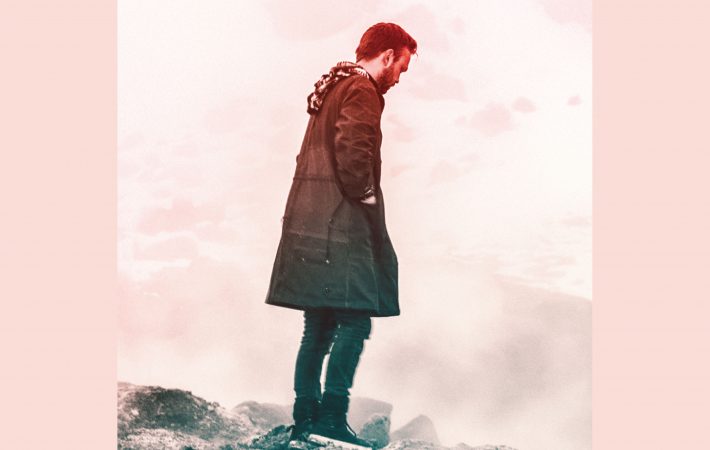 Two years ago, EinarIndra basically kickstarted Iceland Airwaves for us, taking us under his spell with his show, the first one we saw in Reykjavik. There is something very particular and mesmerizing about the Icelandic brand of indie electronic music, and EinarIndra’s is especially moving.

We met EinarIndra again on our home turf for New York’s industry music festival MONDO.nyc and are excited to see him live next week. Thank you Einar for answering our questions, and your suggestions. May we take you up on it? Coffee maybe?

Q: What was the last song that got stuck in your head?
A: If I ́m being completely honest it ́s Dora the explorer ́s backpack song. It ́s awesome

Q: Do you have a song from your childhood, one you always enjoy hearing again?
A: Yes , it ́s Stars by the Simply Red. And now all these years later my wife has red hair, wonder if there is a connection ?

Q: What was the first album you have ever bought? Digital, vinyl, CD or cassette tape?
A: I think it was Cypress Hills, Black Sunday on CD in 1993.

Q: Do you still own this album?
A: I think so yes.

Q: The first festival announcements have been made. Whom are you looking forward to see?
A: Well I ́m just really looking forward to walk around and see something I haven ́t before. I scanned over the international ones and wanna try to see at least Surma, WWWater,​ Haiku hands, Holy nothing, jockstrap, Polo & Pan, Rizan Said, Smerz, zaar Tawaih and Yeo. In the icelandic department I ́m gonna see everything I don ́t know what is.

Q: Your recommendation to get a tasty and affordable meal in Reykjavik?
A: Affordable ? Probably not possible, well yea you should just get to know an Icelander and get invited to dinner.

Q: There is music day and night during Iceland Airwaves. What is your top one non-music related recommendation to do/to see while in Reykjavík?
Got to all the swimming pools and also swim in the sea in Nauthólsvík and melt in the hotpot afterwards.

Q: When we were in Reykjavik for Iceland Airwaves 2016, your set was basically the first show we saw. We loved your set. What has evolved from two years ago to now? What should we be looking forward to? (Because we will!)
A: I’ve been working on an album and this set will consist mostly of new songs. I will also have a drummer banging out some electronic hits, new visuals and some new vocalists. So basically almost everything has evolved 🙂

Q: If you could have any musical instrument in the world, which one would it be and why?
A: I would love to get my hands on one of the first Moog modular systems because of the rich historical reference and so many knobs and possibilities hands on.

Q: If you could choose to live in a decade (music, style, etc.) which one would it be?
A: I would like to live around 1600, before Bach. Really cool wigs and easier to make something new and exciting.

Thanks a lot for your time. We are happy that you are living in our century and make exciting music which we are very much looking forward to experiencing live again next week!

Listen to EinarIndra on Spotify: