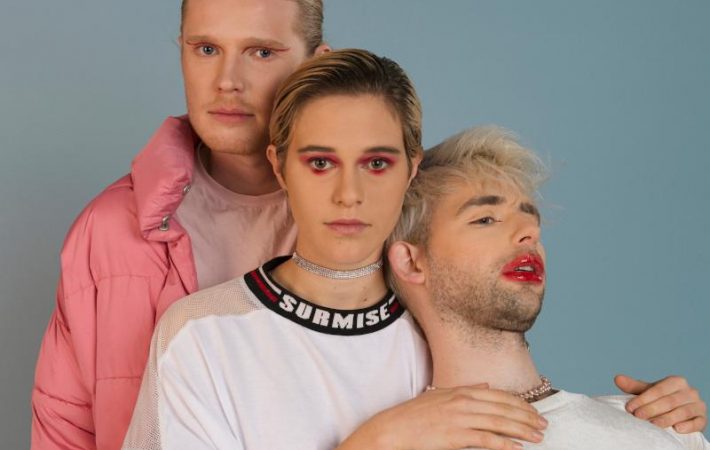 It is said that Huntly does an exciting live performance, which is another good reason to visit Melbourne, Australia one day. But just listen and you can imagine how their show looks like: their brand of electronic music has less of the usual well-structured slickness and more emotional heat.

“Drop Gear” the latest song of the trio of lead singer Elspeth and producers Charlie and Andy is some sort of synth jam, giving the perfect backdrop for Elspeth’s story about a complicated relationship. Apparently the song had also a therapeutic effect for herself, as she recalls:

Drop Gear is set at the tipping point of two relationships. It starts messy on a hot night in summer, and it builds with the momentum of wanting someone and trying to hold it back from them. Drop Gear is that energy, that distance I needed to put between me and someone else before it imploded.

Watch the frantic video to “Drop Gear” or listen to the song on Spotify: