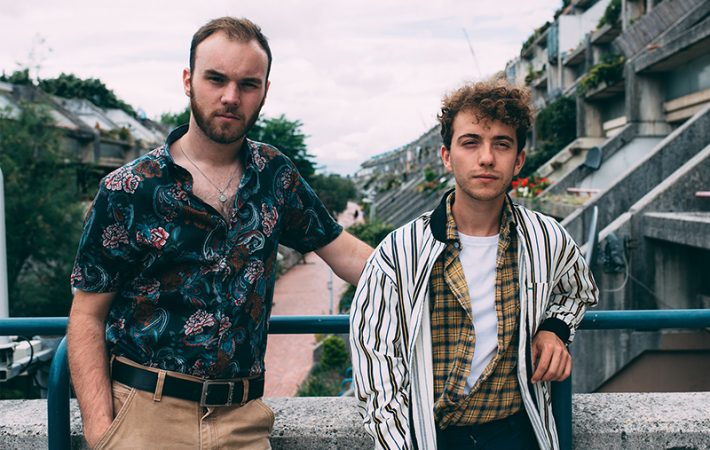 Consisting of singer Joe Murphy and guitarist Jeremy Barclay, the London-based duo Little Grim just released an incredibly infectious new indie rock gem with “Silence”. The instrumentation of “Silence” is sparse, making every embellishment count and Joe Murphy’s vocals shine. Yet, the track picks up intensity throughout its run and swirls and whirls to a fulminant conclusion.

Joe Murphey reveals the following about the song:

‘‘Silence’ is a hazy slice of smooth dream-pop about the pressures of modern life. I’ve lived in and around London all my life, but it wasn’t until I started trying to make a name for myself there, working jobs and playing gigs, that it fully revealed itself to me. The city is full of noise and a constant pressure to try and make money, and you can’t escape the feeling that everyone else is handling it better than you are. You find yourself hit by a wall of fear and anxiety thinking of the morning commute, the squeal of the tube train wheels, the crush of bodies in each carriage, and I find myself craving a moment of serenity. It makes me wish I was by the sea.”

In its vibe, “Silence” reminds of some of MGMT’s greatest hits, and quite certainly has the same potential! Listen to “Silence”, our fantastic Song Pick of the Day: