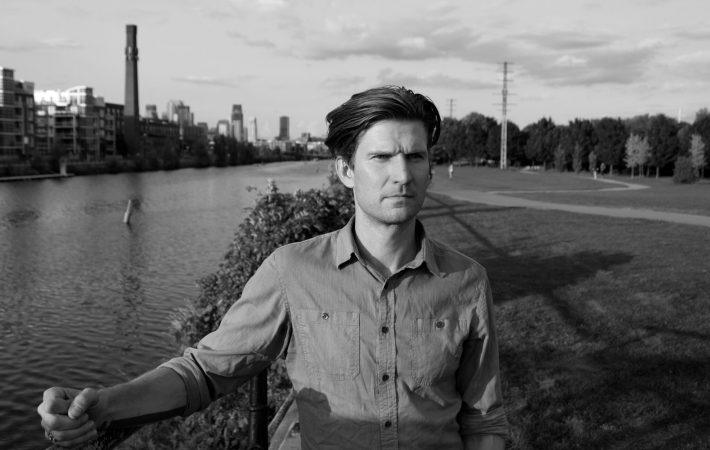 With its brooding and melancholic vibe, “Halos” comes right in time for the change of seasons here on the East Coast, when the days are getting shorter and the skies a little grayer with Winter on the horizon. This is a song to get totally lost in, unconsciously hitting the ‘repeat’ button again and indulge in the enigmatic vocals, plus the enveloping synths lines and relentlessly pulsating beats.

“Halos” is the lead single from Victory Chimes upcoming full-length album titled “Spinning Wheels”. After having played in various Montreal rock bands, Jeff Louch is ready is ready to put his own music front and center under the moniker Victory Chimes and with a song like “Halos” he’s well on his way to make name for himself!

Victory Chimes provides the following insight to the track:

“Halos is a song about contradictions. In our daily lives, we wear an array of different faces, an assortment of different hats, just to get by and get ahead. However, the tension between these opposing forces can create something new, unique and beautiful. I tried to reflect this in the music of “Halos” – battling sub bass synths pulling each other apart, pushing against the dirging drums. A tattered truth bubbles below the surface; never boiling over but simmering in the dark.”

Listen to the magnificent “Halos”, our Song Pick of the Day:

And because you would like to listen to “Halos” again anyway, watch the gorgeous video, directed by Steve Durand, next: