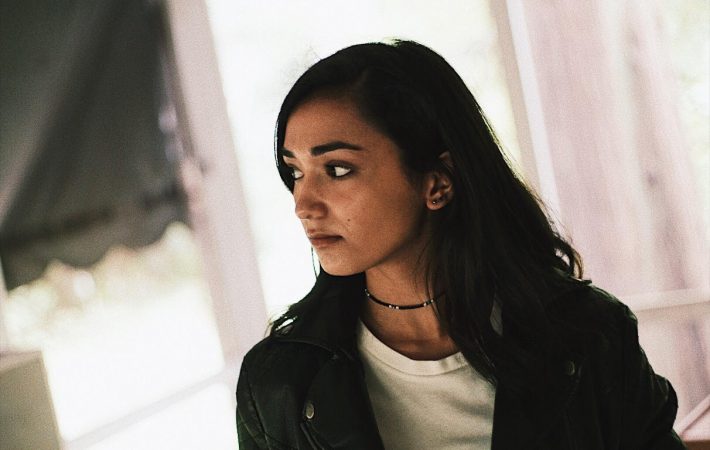 Some people just need to create. Consuming art cannot fully satisfy them – they have to release their own work into the world. Sera Selin, 16-year old singer/songwriter is one of them. Equipped with a musical education on the piano since her early childhood, she “got bored of playing other composer’s music” and wanted to try writing music herself. She recalls: “One day I just sat next to the piano, and I had this melody in my head that I wanted to get out onto the piano not thinking it would turn into a song or anything.”

Adding lyrics is no problem for Sera: “I had a lot to say. I write a lot of short stories and poems on my laptop, and songwriting is a lot like that. I love creating stories in my head about my experiences or other people’s experiences and songwriting allows me to get everything I have bottled up out.”

Once the songwriting bug had bitten her, she could not stop anymore: “I’d write like 3 songs a day everyday after school on the piano. I wrote an insane amount of songs before I was satisfied with any of them.” Together with a friend she recorded her first EP under her full name Sera Guven (Apple Music | Spotify). The logical next step, performing live, is for many musicians a daunting task and means overcoming stage fright and anxiety. For Sera the results made it all worth the effort: “Something about performing my songs live allowed me to connect with my audience and bring so much more emotion into the songs I wrote.”

Sera draws her inspiration from a diverse array of musicians: “There are many artists that have inspired me and I learn something new with each artist I listen to because each artist has something new to say. Some of my favorite artists at the moment are King Princess, Clairo, Ryn Weaver, and Eminem.” And then there is the also 16-year old pop star Billie Eilish: “When I saw one of my favorite artists, Billie Eilish perform in NYC, I was so inspired by how she got so deep into her performance. It was such a unique experience rather than listening to her songs with a pair of headphones.”

With changing her name to “Sera Selin” and releasing a new song “4 am” she opens a new chapter in her musical career. “4 am” is a darker, melancholic song about feeling left alone in an unsatisfying relationship in the wee hours of the day. How could she have this kind of experience at her age? Fortunately she had not, but Sera is as much a story-teller as a musician: “Nobody has left me in the middle of the night, but everyone has felt abandoned one time or another. I think anyone can relate to that no matter how old you are. Honestly anyone can take the song and add their own meaning to it. That’s the beauty of music. You can make it your own story.”