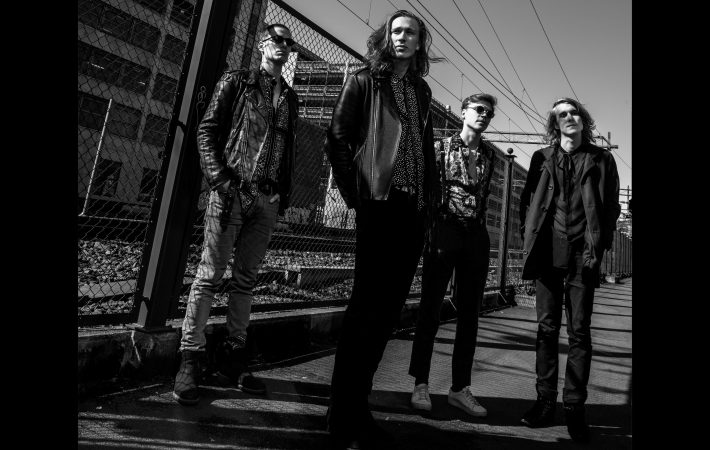 Quick! How many Norwegian bands do you know? Hm… yeah… and similar to the pop supergroup that comes to mind (at least to those of us who lived through the 80s), this emerging alt rock quartet called Charlotte & Thieves, has some of their famous fellow citizens’ hallmarks: uncanny talent for irresistible songwriting and arrangements paired with unique, instantly enchanting vocals. “The Machine”, the new single by Charlotte & Thieves, unfolds like a beautifully wrapped present, layer after layer, exposing an incredibly precious gift.

Slowly, Michael Besseberg tells the story of not giving up and believing in your dreams in his signature dark and velvety raspy vocals, that make you truly listen so magnificent. Meanwhile his band mates give the song structure and depth, with  Viktor Lindblom on guitar and backing vocals, Andreas Rukan on bass and Oskar Rydh on drums.

Signed to Nordic Records, the band is gearing up to release their debut EP shortly, which we are looking forward to. Listen to “The Machine”, our Song Pick of the Day now:

Add “The Machine” to your playlist on Spotify: