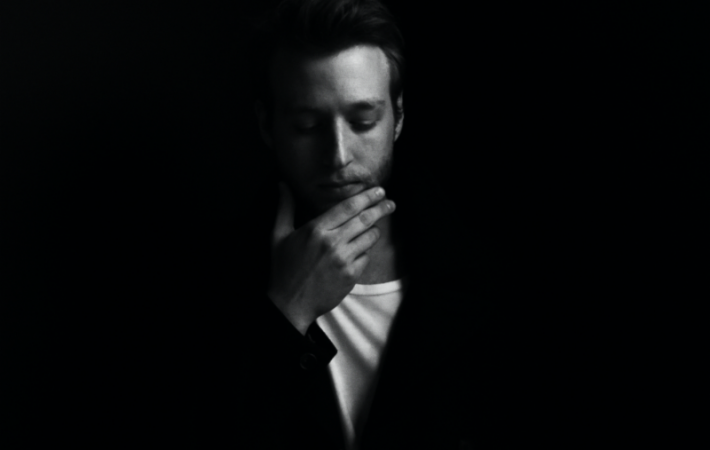 Undoubtedly the darkest, yet with that potentially also the most moving track on Charles Fauna‘s just released debut EP “Eulogy”, “The Boatman” is a true masterpiece of alternative pop. There’s a distinct feeling of uneasiness, a wall of thick fog, there is some sort of an electronic version of the cry that hungry seagulls make or the sound of metal chains clonking onto each other and amidst all these soundbites, a bright and beautiful melody, with a stomping beat and Charles Fauna’s expressive vocals. Stunning!

Recorded entirely in his home apartment studio in Brooklyn, and mixed in various studious throughout New York’s five boroughs, the seven tracks EP was inspired by Fauna’s experience witnessing a death on his street in early 2017. Without knowing anything else about the lyrical context of the EP, “The Boatman” might be dealing with exactly that life altering encounter.
All the more kudos to Charles Fauna, who managed to create a stunning EP fully of touching and amazing
songs, which we have on repeat! Listen to “The Boatman”, our Song Pick of the Day:

Listen to the “Eulogy” including “The Boatman” on Spotify: