VIDEO: FRND – Before U I Didn’t Exist 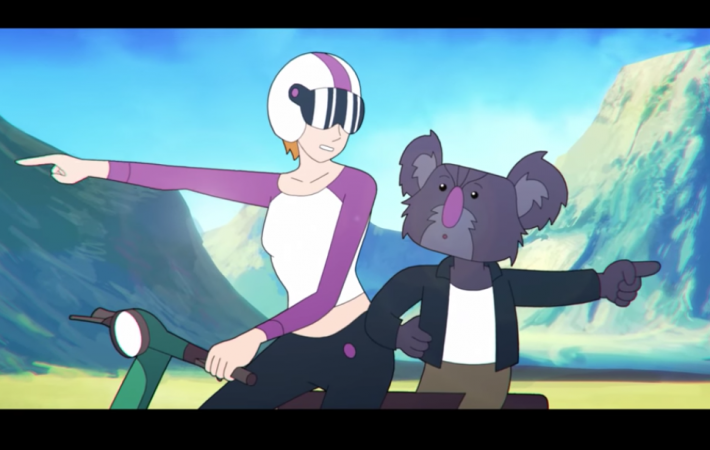 VIDEO: FRND – Before U I Didn’t Exist

Confession: I never watched “E.T. the Extra-Terrestrial” yet there might be a few references to the cult classic in FRND‘s new video for his the super catchy “Before U I Didn’t Exist”. The track is destined to be a huge hit and a no-brainer for any party music playlist. The animated video is kept in earthy tones, with lots of browns, greys, plums and lilacs and of course starring FRND’s favorite animal and mascot the Koala, plus a young woman as the Koala’s friend.

What is the story behind the music video? FRND, aka Los Angeles-based musician Andrew Goldstein, provides the following insight:

“‘In the video for Before U I Didn’t Exist, I wanted to capture the concept of forgetting the person you were before someone came into your life. I wanted the aesthetic to be a desolate, post-apocalyptic robot future, influenced by my favorite video game, Fallout 4. The robot koala (or as I call him, “KoalaBot”) represents the emotions of someone bringing a feeling to your life that you didn’t know you were capable of. Once he sees the light and joy the person has brought him, he is willing to sacrifice anything for their well-being.”

… and when we have such a person in our life, we should also let them know how we feel, sooner than later! But first, watch the emotive video for “Before U I Didn’t Exist”:

For your Spotify playlist…

…and the one on SoundCould: