VIDEO PREMIERE: Late Guest at the Party – Too Old For This 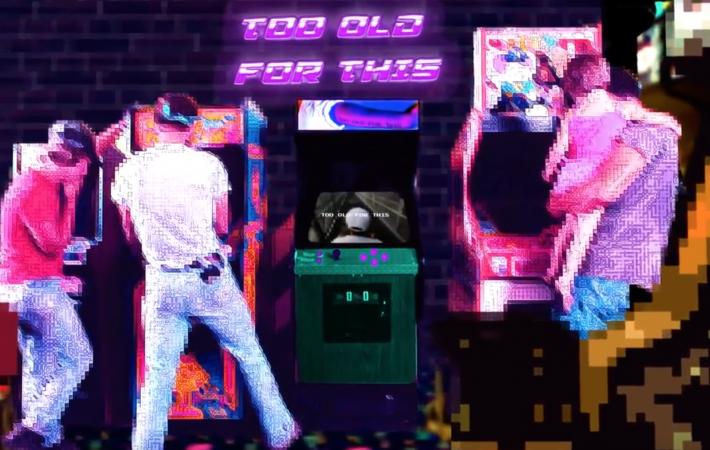 VIDEO PREMIERE: Late Guest at the Party – Too Old For This

Founded in Italy, electro-pop quartet Late Guest at the Party are now based in New York and delight audiences with their intelligent blend of 80s disco and contemporary dance and house beats. Their ties to Italy and the European dance scene are still strong and inspired the lush and joyful video for “Too Old For This”. Singer Beth Hansen explains:

“The video footage is of Renzo walking though his home town of Rimini, Italy last year, after we played a festival nearby. The lyrics and composition of the song touch on the end of a long relationship and kind of just wandering around. This idea, paired with the camera angle, inspired the video game idea. He’s not too up for making decisions – so he asks the viewer to choose for him. “Do you want to ride a bike?” He’s not doing anything too different from a normal day.”

The old world backdrop in combination with a classic computer game setup makes for the appeal of the video. It has quite an irresistible charm which Beth knows about as well:

“I just thought Rimini was beautiful and knew we could make something out of any footage from the city. It was nice to see where LGATP originated and I thought others would like that too.”