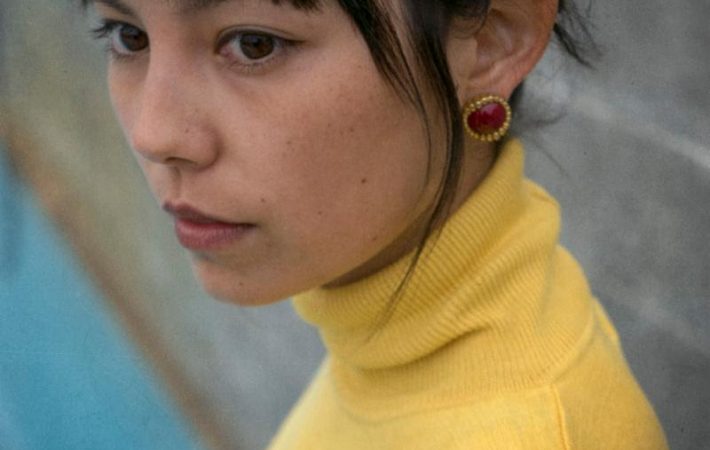 Not often music and video fit so well together, enhance and support each other like with the cinematic and mysterious “Who’s Gonna Stop Us” by Steady Holiday, a project of L.A.-based singer/songwriter Dre Babinski. It deals with two manipulative characters who run into and struggle with each other. The music sneaks into your brain like a film-noir soundtrack, while Dre narrates her story with superficial calmness and tension underneath. This is sizzling suspense and one hopes that somebody turns this into a movie so we can see how the story continues.

“Who’s Gonna Stop Us” is the second single of Steady Holiday’s second album “Nobody’s Watching” out on August 24 on Barsuk Records. Its topic is contemporary and timeless at the same time, as Dre explains:

I’ve been just as affected by our current politics as anyone, but it only takes one step back to realize these same figures have been present since the beginning of civilization. This record is sort of am anthropological way of unpacking all this discomfort for me.

Watch or listen to “Who’s Gonna Stop Us” below: