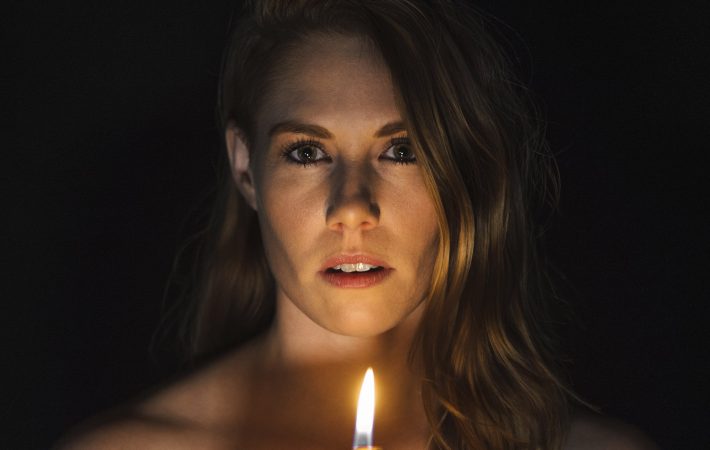 “Loving you is a black, black hole” – a perfect metaphor for a relationship, where one side sucks the other one dry, without ever giving back. Minnesota-based singer/songwriter JØUR has escaped from such a situation:

Writing Black Hole was super empowering. After more than a year of on-again-off-again with the same person, I could finally see what a toxic mess the relationship was, and I walked away for the last time.”

Her new song “Black Hole” plays out like the phases she probably went through herself: moments of fierce resolve underlined by heavy synth lines give way to brighter melodies, when it looks like that things could still be turned around. In the end it leads to a soaring finale, when she repeats the chorus again and again to summon up the strength to get out, for good this time.

“Black Hole” is JØUR’s second single after “American Nightmare”, which lead up to her debut album “Chiaroscuro”, out later this year. Aside from her own career, she is also engaged in supporting the Twin City art scene as a co-founder of the Good Arts Collective.

“Black Hole” is out tomorrow. Listen to our exclusive premiere of JØUR’s riveting new track here: