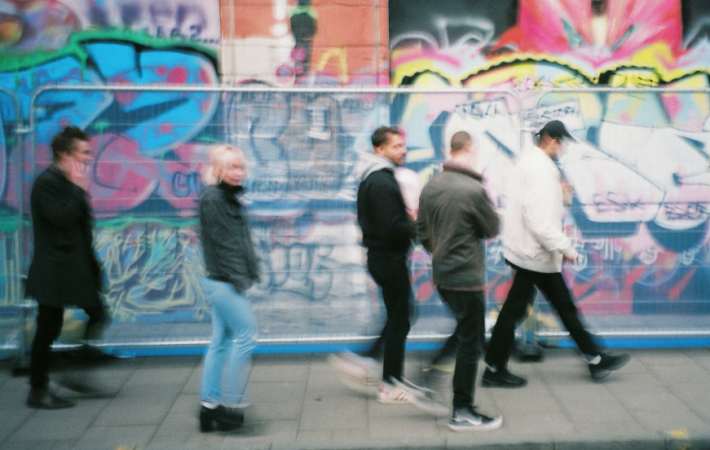 Originating from Milano, Italy, alt rockers Super Paradise call now London, U.K. their home. For the past two years, the five-piece was relentlessly gigging around London, playing festivals and recording new material, after having released their debut album “Quencebo” in 2016. Their new single “Sweat” is aptly named for a high energy song that knows no stopping. There are hard-hitting drums and powerful vocals with an angry edge to it and an overall, maybe surprisingly so, bright vibe. Very post punk and very pleasing if you like music that is a little rough and unpolished. Listen to “Sweat”, our Song Pick of the Day: