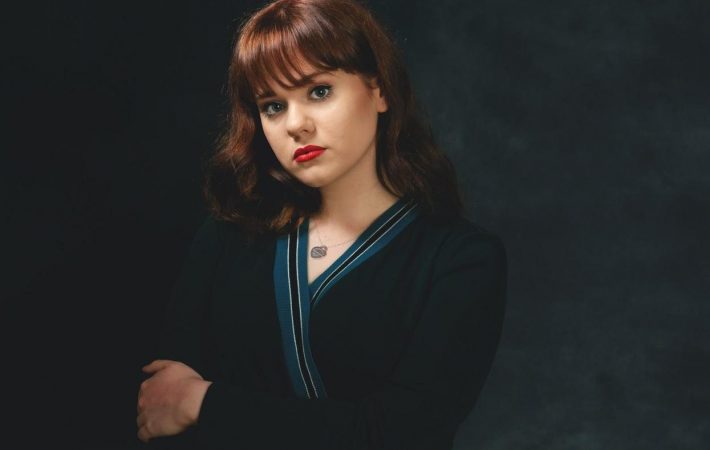 It may be because I listened to “Pornography” yesterday, but the guitar in “Shadows” by U.K. singer/songwriter Heather Jayne has a distinctive The Cure feel to it, which turns the song clearly to the dark side. Add ominous synth sounds and Heather’s wavering vocals to it and you have a track that keeps you on the edge for three and a half minutes. Certainly not something what you expect from a “The Voice” contestant – she did not win, though, so she could go on making music on her own terms.
Shadows is the opening and title cut from the debut EP (Apple Music | Spotify), which moves to somewhat brighter vibes for the remaining four songs and showcases Heather’s range as a pop musician.

Listen to our “Shadows”, our Song Pick of the Day on SoundCloud or Spotify: