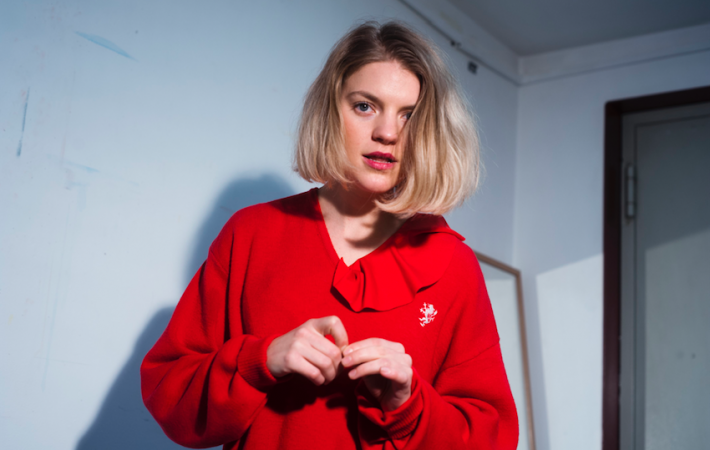 When Hockeysmith from Cornwall, England appeared first in 2014 I could not have been more excited about their edgy mix of electronic and guitars. But then it became quiet about them until the they released a couple more tracks two years later, just to soon disappear again. Now, after Georgie Hockensmith left – and took the guitar with her – her sister Annie seems to be serious with putting out a new track “Holy War” and announcing a full length-album.

The sound has inevitably changed somewhat from the earlier days, but the resolve to take her music fiercely her own way remains. Listen to our Song Pick of the Day “Holy War” on SoundCloud or Spotify: