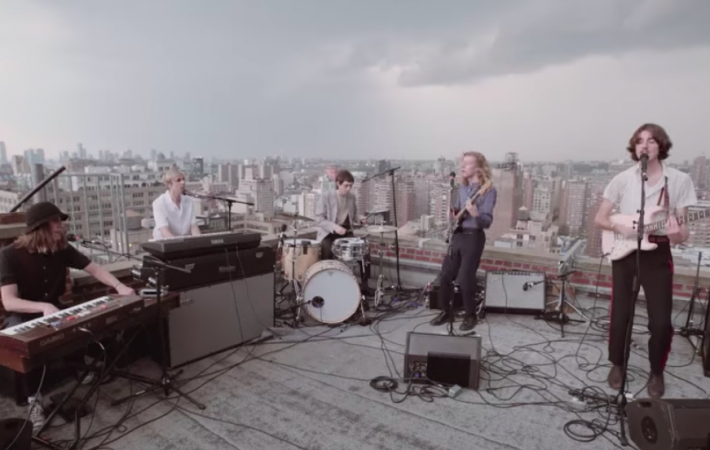 Berlin-based Aussie quintet Parcels combine two elements in their new video for “Tieduprightnow” that are a winning formula: a live band performance with New York City as the backdrop. Throw in an alluring tune and really nothing can go wrong. Super charming! The band filmed the video while staying in the city, and playing their first ever New York show, at the legendary Bowery Ballroom (sold out).

In 2017, Parcels drew the attention of Daft Punk, who co-wrote and produced their track “Overnight”. Parcels will release their debut album this Fall via Because Music/Kitsuné.

Catch Parcels live on tour, and watch now the video for “Tieduprightnow”:

… and if you’re like me and can’t get enough, watch the official video as well: