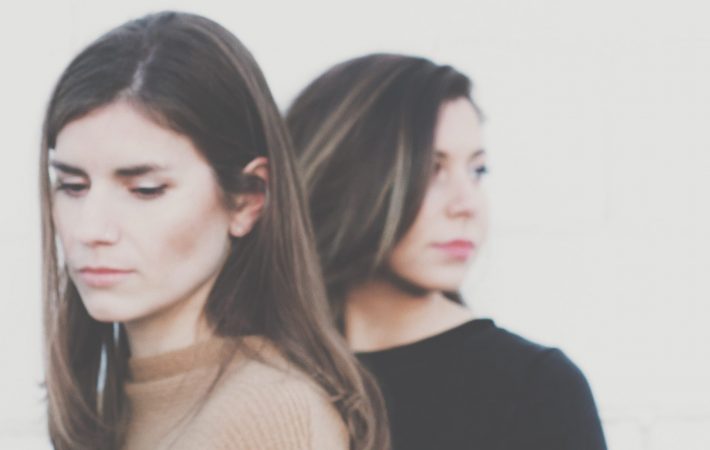 Jenn Whiteman and Samantha Howard met far from their homes in Paris, started making music together and named their band Ryvoli after the Rue de Rivoli, the street that lines the Louvre and Jardin de la Tuileries. “Roots”, their second single starts as an intimate folk song with vocal harmonies, acoustic guitar and cello, but then builds into sweeping pop song about the inevitability of change in our lives. Samantha explains:

Two years ago, we met each other in Paris, France. Eight months after meeting, we found ourselves back in the States. We were home, but felt more like foreigners in our own birthplaces than in any of the countries we’d traveled to. This song processes the discovery that who you used to be is not who you’ve become, and begs the two to merge. It is a mourning of the departed self and an invitation for the existing self to not shrink back from change.

Listen to “Roots” on SoundCloud or Spotify: