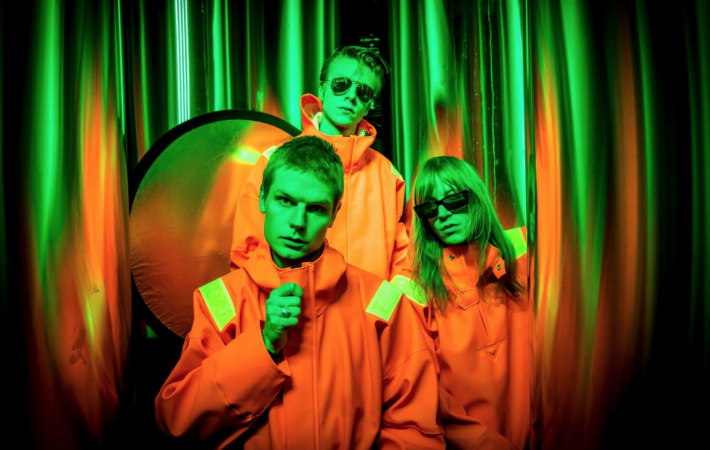 For long time fans of Iceland’s hottest trio, the seemingly new musical direction of their brand new single might not even come as such a big surprise. While “Hourglass” is in deed a bit of a detour from what we have heard on Fufanu’s fantastic album “Sports”, it is definitely in line with what Fufanu has been always doing namely playing with different industrial and synth pop styles. While “Hourglass” is undeniably Fufanu’s most mellow and pensive song in a while, it is also very much Fufanu thanks to lead singer’s Kaktus Einarrsson‘s unique vocals and singing style, and the overall emotive production.

The singer also has an explanation for the band’s progression:

“What is great about the creative workflow of Fufanu is that we’ve never just stopped. We’ve never hit a sound that we’re going to stick with, it has always been about discovering what it is we want to make during each moment, and to just keep on exploring.

The track is sub-labeled with [Dialogue I], as it will be part of a three-part EP series, with the first installment to come out June 29th on One Little Indian. For now, listen to “Hourglass”, our Song Pick of the Day: