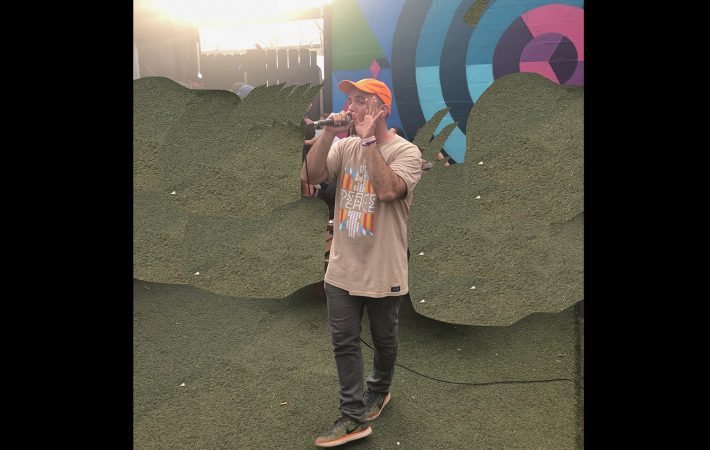 Breaking at least two of our usual glamglare “rules” (hesitant in even putting it out here like that), we are featuring this super cool single despite it being a) a remix of a very popular song and b) being a rap version of a super hit. Yet there is no escape, because this is one of the recent releases of Kosha Dillz, who put his unique hip-hop style onto “Feel It Still”
and made it his own.

At one inspiring Friday afternoon event at this year’s SXSW in Austin, we met Rami Even-Esh who goes by Kosha Dillz, and were utterly charmed by his performance and persona. At this specific event, Kosha Dillz even did an impromptu rap performance which makes me want to see him again in action!