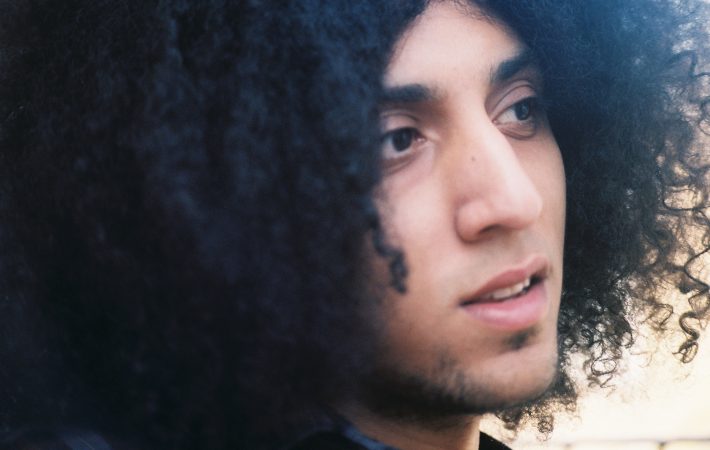 Michael Jablonka shreds his guitar as if there was no tomorrow but that alone, albeit a substantial talent, is not what sets this London born and bread musician apart. In addition to his impressive guitar skills, he delights with versatile vocals and if this wasn’t enough, uncanny songwriting chops of the rather irresistible kind. “Flump” is the third single after “Peacefully” and “I Found You” released on Lost in the Manor, leading up for more.

Not familiar with British sweets or branded sweets in general, I learned that ‘flump’ refers to a marshmallow type of candy, which “is a combination of pink, yellow, white and blue in the appearance of a twisted helix”.  And now Michael Jablonka’s explanation makes suddenly more sense:

“It was a loose idea that developed at a rehearsal in my garage. For some reason the riff reminded me of the marshmallow sweet ‘Flump’.”

Whatever your vice, candy or not, there’s none of it with “Flump” because this rock gem spirals right into your guitar loving heart while being totally good for you. Listen to “Flump”, our Song Pick of the Day: