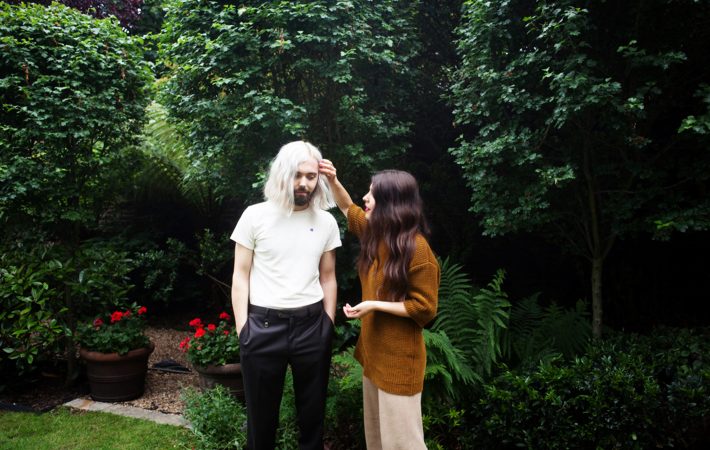 Flora Cash defies a good deal of the stereotypes of your usual boy/girl duo: Shpresa Lleshaj and Cole Randall both equally sing and play the instruments, which makes them sound more integrated than many of their peers. Their new single “18 Dollars” is a good example: it merges a sophisticated modern production, gentle guitar play and Cole’s and Shpresa’s vocals into a beautiful, albeit sad pop song about a breakup. They explain:

18 Dollars is a song that looks back on aspects of a relationship that has ended. There’s a stubbornness and a cockiness about it but that’s really only superficial. Beneath the surface there’s a deep longing to fix something that’s broken but a lack of insight as to how that might be possible. There is confusion about where things stand and how bad (or good) things really were. Ultimately, the track communicates the deeply felt ambiguity that often surrounds the ending of a romantic relationship.