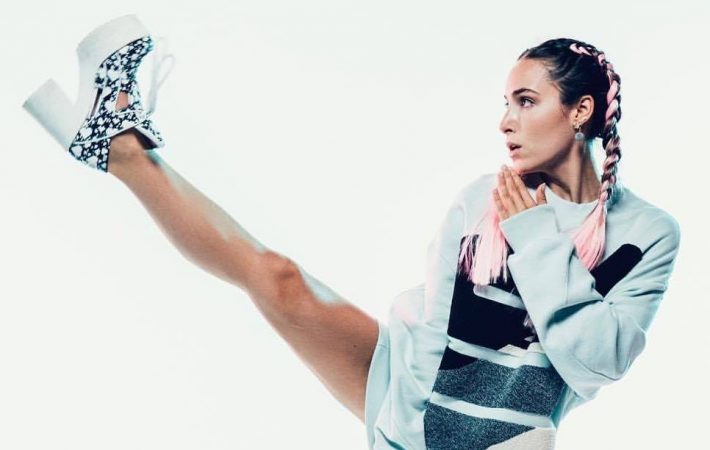 Joyful and irresistibly bouncy pop is never more needed than after a string of gray and cold winter days, and “Be Your Girl” is just what the doctor ordered! It is the brand new song by Baby Raptors, the brainchild of Brooklyn artist Tora, who provides the following insight:

The song chronicles a summer love that started off casually but ended up high stakes for me. It was after three months of him playing it cool that I just couldn’t wait around anymore. I looked him straight in the eyes and said, “we would be great together!” I wanted to be his girl… so I told him!

Something I can relate to, taking the lead, and at times it even results in a happily ever after. Especially excited to premiere the catchy “Be Your Girl” as our Song Pick of the Day. Give the bewitching track a listen:

Baby Raptors have been on tour together with pop-duo Time Flies since mid March, and there are still a few more opportunities to catch them live:

“Be Your Girl” follows the release of Baby Raptors’ self-titled EP last year (an EP whose cover featured the world’s first “augmented reality” app on the front and back covers).