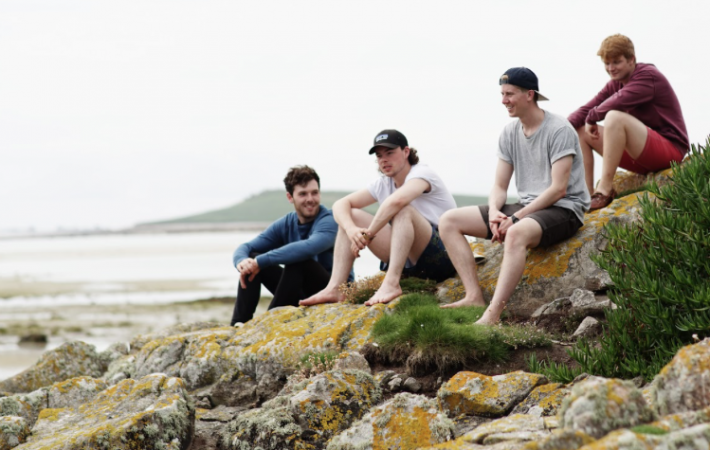 There is an airy lightness to “Wave After Wave” amidst the powerful and strong setting. Like flirty seagulls approaching the coast, circling above the water, contemplating things while waves playfully roll ashore. Though this would tell only half the story, because while starting out all mellow, with sparse, finger picking and soft vocals, the song intensifies when piercing electric guitars, heavy drums and power vocals take over, and the waves no longer come in rolling softly but get wilder and start crashing. Relentlessly. Culminating in a totally fascinating whirl-wind crescendo.

“Wave After Wave” is the new single by folk-rock four-piece ENNOR, who call England’s South coast from Penzance to London their home, and we are thrilled to premiere the gorgeous track today! Rarely has a song about the ocean captured the spirit better than “Wave After Wave”, its creators digging for the essence, unearthing the different moods and vibes.

Listen to our Song Pick of the Day premiere now: