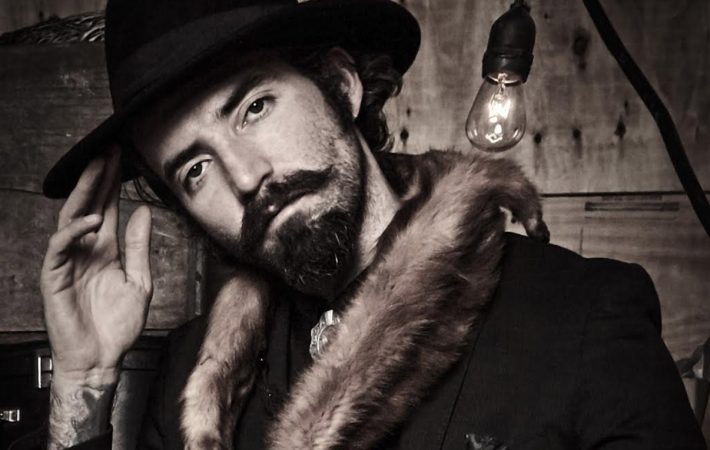 What to expect from a song titled “Paint The Truth”? Some contemplation maybe, intensive soul searching? When Robert Granata sings about “staring at my faded reflection, looking for the good old times / days we would laugh, stay out all night, waiting for the sun to rise”, he does exactly that, musing about the past, and also all that is still possible.

“Paint The Truth” is the first single from the upcoming album “Have Mercy” by Robert Granata and Blackstone. At its core, Robert Granata and Blackstone are a collectivist band, comprised of songwriting duo singer/songwriter/guitarist Robert Granata, who played in Twin Danger, Beast Patrol and The Makeout Club, and bassist/cowriter Rich Thomas, who played in Veda Rays and Heliotropes. Robert and Rich created the album together, and could attract other remarkable talent to collaborate with them.

On “Paint The Truth”, the sun seems to truly break through the clouds and eventually rise when Robert Granata’s gorgeous guitar work gets joined by the equally enchanting saxophone play by no other than Stuart Mathewman. The track undergoes a fascinating flow, resulting in an incredible culmination of sounds and feelings. Robert Granata provides the following thought:

“Paint The Truth is a hard look in the mirror, recognizing the people and moments that pass us by in the throes of addiction.”

We are psyched to premiere today the first single of the upcoming album, released by Greedy Dilettante Records. Listen to the beautifully melancholic “Paint The Truth” now: