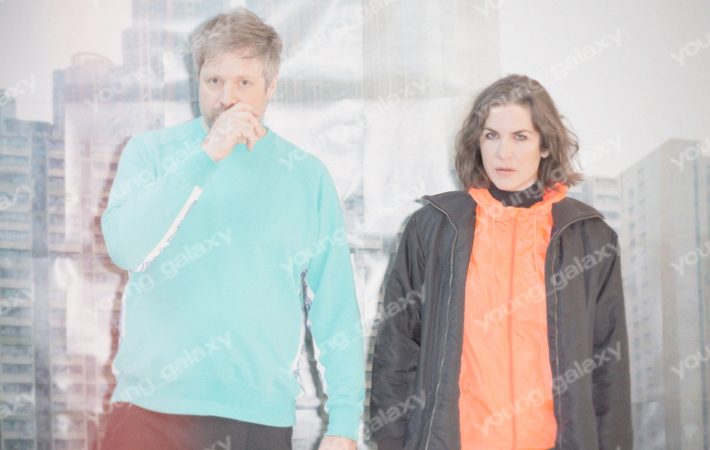 Young Galaxy was responsible for two of my favorite songs last year and tomorrow finally their new album “Down Time” comes out. While the Montreal-based duo has been around for a while, “Down Time” is a new start of making music independently on their own label. To celebrate the occasion, they released a video for “Frontier”, which singer Catherine McCandless describes as the anchor of the record:

“Frontier” is the core and the data from which all the rest of the songs derive their meaning. It needed to be a stripped down signal coming in to a loved one. With a concept of intimate detail, high contrast, and work-like, utilitarian dress we shot a non-performance performance video featuring light, textures, bravery, and braun. I wanted to shoot a love letter that fortifies, works for change, and spills over in it’s celebration of the place of this love.

“Down Time” is out tomorrow. Stream it today on HypeMachine.

Watch the video for “Frontier” on YouTube or listen on SoundCloud:

Young Galaxy will go on tour in Canada and the U.S.. Find dates here.