SONG PREMIERE: Swerve – Know It All 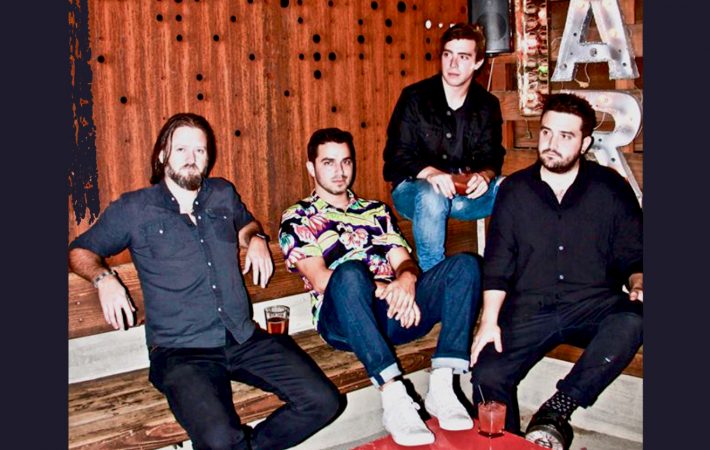 SONG PREMIERE: Swerve – Know It All

Sounds like rock does not need any saving yet, as long as songs like “Know It All” are being made. The brand new single by Swerve serves fans of down-to-earth rock’n’roll a delicious slice of warm and solid guitars, paired with heavy hitting drums and smooth baritone vocals, albeit angered up a notch or two. The latter does not come as a surprise, given the lyrical context. Vocalist Greg Mahdesian explains about the powerful track:

“Know It All is our fight song. You know those arguments you have where you just can’t get it through to the other person how wrong they are? These days it’s usually about politics, and this song came out of several of those discussions that go nowhere but that you just can’t let go of. Our good friend Jessica Rotter laid down some backing vocals to add extra dynamics, and Brandon (our bassist and producer) got me all riled up before the vocal so that I would give a more aggressive take than normal, and we’re really happy with how it all came together.”

Happy and satisfied in deed, because “Know It All” hits the sweet spot of let’s just say The Strokes’ best guitar work plus their swagger crossed with some 90s alt- rock, and then there are these vocals to get lost in! We are extremely excited to exclusively premiere “Know It All” today.

Swerve began as a solo project by Los Angeles native Greg Mahdesian, writing and performing all the songs on Swerve’s self-titled debut EP, for which he hired producer Brandon Duncan to record it. With the desire to perform his music live, Greg asked Brandon to join on bass, as well as his old college friend, Ryan Berti,  to join on guitar, and Mark Gardner on drums. The full band Swerve was born, celebrating their single release at Los Angeles’ HiHat.

Listen now to “Know It All,  our Song Pick of the Day and exclusive premiere:

Recorded at Apogee Studios on a recording console once used by Bruce Springsteen.