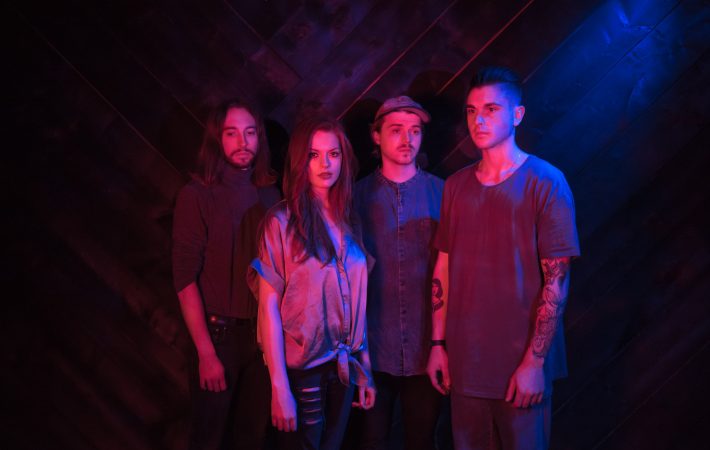 “Temps” is a song that floats around you like a warm stream of air: the U.K. four piece Mellow Gang creates a lush sonic backdrop for a story of the sometimes temporary nature of relationships. Singer/guitarist Harriet Joseph explains:

We’ve actually tried to steer away from writing on personal relationships before, but with ‘Temps’ for the first time it was a subject too relevant and intoxicating to discard with writing, at the time. It centers on an emotional alternation between realising some relationships, being friends or romantic, were only supposed to be temporary, and the helpless limbo that comes with all of the inconsistency of trying to salvage anything out of desperation. Reflectively, yes it’s sad, as you become dependent, but also hopeful. There’s always aggression towards the end, but in calling it a day, it’s deciding whether to be kind, or just let that hot and cold frustration turn into a front you later regret.

Listen to “Temps” on SoundCloud:

Update: Here’s the video for “Temps”: