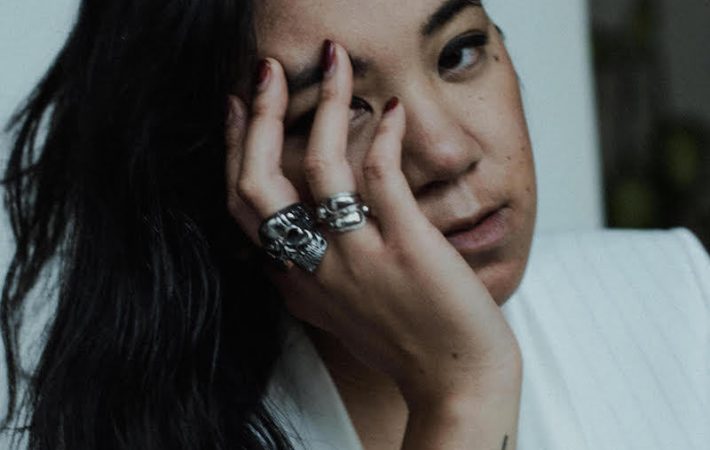 “Blood And Bones” is about a complicated stage in a relationship, when your ideas of the other person does not necessarily match up with reality. L.A. singer/producer Trace gives us some background about the song:

There’s something so romantic about seeing someone for the first time and feeling like you know them already – or at the least, know everything about them. You start to fall for the person you’ve already made them out to be in your mind, getting caught up in your own ideas about them. Even better when they’re out of reach or unexpected. It’s a romantic fantasy when someone lives up to your imagination about them. Blood and Bones is my way of admitting that underneath the decorative and detailed surface of me, there’s a truth I’ll keep from you.

Like talking to herself, she presents the song in a reflective, unassuming way together with a subtle, restrained production, which brings the message over even clearer. Listen for yourself to our Song Pick of the Day, “Blood And Bones” on SoundCloud or Spotify: