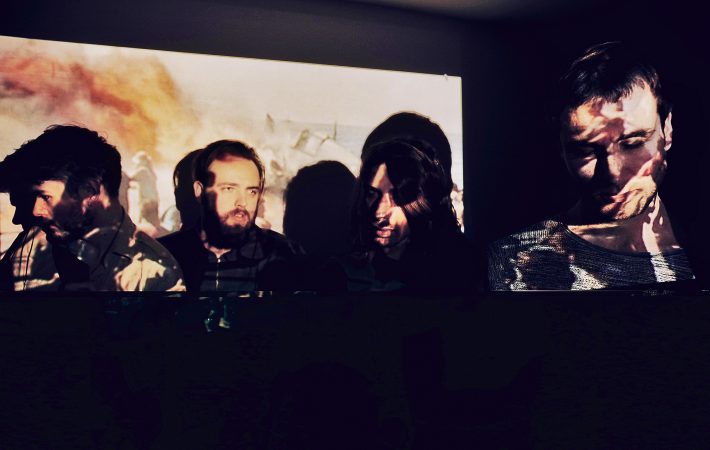 “A Cross” is the debut single by London-based indie rock group Earhart and is incredibly alluring, with its ebb and flow of instrumentation and full band vs minimalist approach. The band formed in 2017 and turned the obsessive home-studio demo-ing of frontman Joe Tennant into a live act with Daniel Green (guitar), Aaron Dolby (bass) and Harry Lane (drums).

Joe reveals the following about “A Cross”:

“It’s about self-destruction and resurrection. Detachment from the world. Reflections of an outsider looking in. Trying not to drown in a society of lost souls. A feeling of being the only sane one, and holding on to inner-fire when nothing else matters”.

Listen to “A Cross”, our Song Pick of the Day and follow the band for more to come: