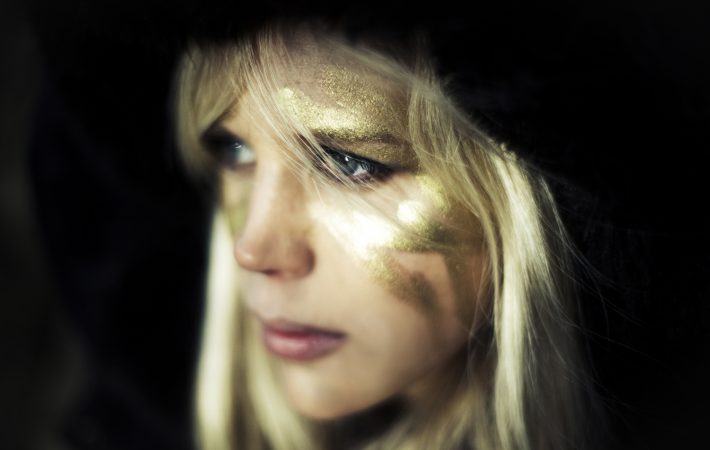 According to the legend, “Midas” was a famous Phrygian king who got a wish granted: everything he touched turned to gold, including his food, which ultimately led to his demise. There is an obvious lesson here, but London-based singer/producer Lial puts a different spin on it. She explains:

I’ve always loved the story of Midas, the idea of the power and seduction gold brings along with the danger, but I wanted to flip this around – telling the story from another perspective, with someone empowered by this rather than enslaved by it.

The production mirrors the sentiment: the triumphant joy of having those shiny powers, but also the dark undertones of being pulled down by it.

We are excited to present the premiere of Lial’s new song “Midas”: