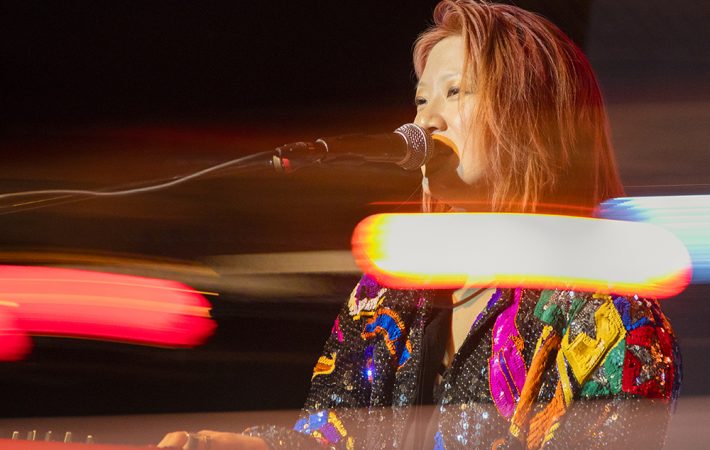 Delicate piano tunes and cotton ball soft, clear vocals lure us into pastel colored visuals, the new video by Brooklyn-based indie-pop artist Sophie Colette. “Slow Danse” is an exceptionally charming video in its harmonic flow and quiet story telling, directed by Curvel Baptiste. Produced by Ben Rice at Degraw Sound (The Candles, Elliot & The Ghost, Queue), the single dropped today and we get to exclusively premiere the video.

When asked about the beautifully melancholic track, Sophie Colette provides:

“I was robotically making the bed one morning with a former lover and thought to myself “what’s really going on here?” In that moment the lyrics to “Slow Danse” popped in my head, as if to foreshadow the end of that relationship. I hummed the chorus as I fluffed the last pillow and he said “I like how that sounds.” If only he knew…

The artist unravels the song’s meaning a little further, when she offers:

“Slow Danse” is about recognizing the moment when love has become unrequited and finite, felt through an empty kiss, a turn of the head, a loss of connection.

And I know that our heart’s grown old
When our silent screams have filled the air
And I know that it’s time to go
When you touch me, touch me
And nothing’s there

Wanting to know a bit more about the video production, we asked Sophie whether she could fill us in, how this all came together and thankfully she let us in at that too:

“We shot the film in the Bronx and my Brooklyn apartment in one day, and by the time we made it to the beach it was like chasing golden hour – the sunsets were at their peak and it was pure magic. I wanted to show strength, resilience, and freedom from a breakup through the fashion styling, and kept the cinematography intimate, romantic, and vulnerable, to echo the truth and beauty of a relationship before its fall.”

Watch “Slow Danse” and see for yourself how well this all got accomplished. Sophie Colette’s new single is magnificent in its poetic narration and minimalist instrumentation, letting her tender vocals shine. Watch “Slow Dense” now, which we are excited to premiere:

…andd the one on Soundcloud: