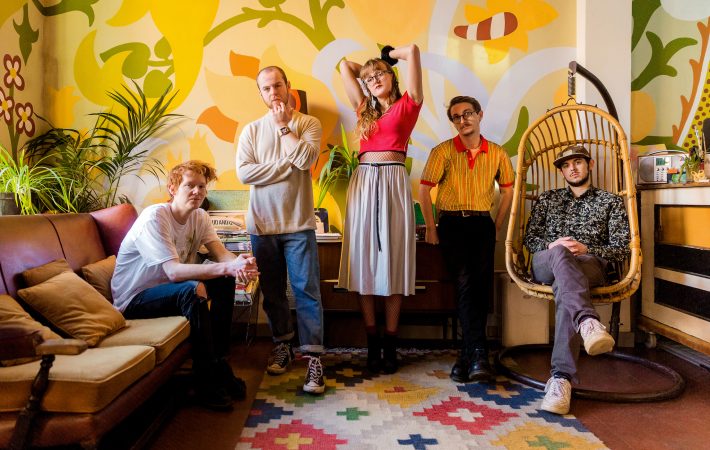 “Although I’m scared I still admire the chill it gives me down my spine” sings Bea Fletcher of U.K. five-piece The Golden Age of TV about the titular “Beast”, which she imagined as a child lurking in every dark corner. Nothing too dramatic – most of us probably have similar memories about the half-reality one tends to slip into in younger years and consequently “Beast” is an upbeat and light-hearted song. Bea gives us some background:

It’s telling a story from my childhood, during that cross-over period when I had to be more independent. It was little things; facing my fear of the dark or going to the toilet on my own without my mum standing outside the door. The change and stress manifested into dreaming and imagining a monster coming after me. I’d see it everywhere I went. It sounds a bit trippy. But I guess growing up is?