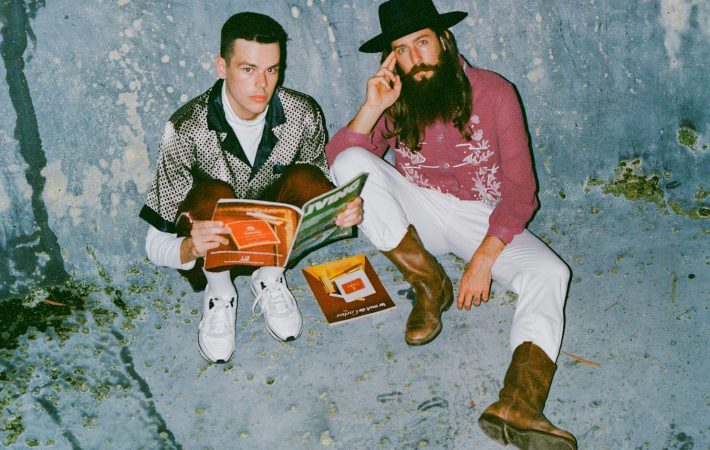 “Hesitate” is an utterly enchanting track, hypnotizing even, and before you noticed its magic effect on you, it is already over again and you search for the repeat button. Two Australian musicians, who have collaborated on other songs before, are behind “Hesitate”. It marks the debut single for Emerson Leif who has sought out the help of his good friend  Golden Vessel. Turns out, the base for this indie electronic gem has been laid many years ago, when Emerson Leif sampled a 30-second demo of his voice which now became the recurrent theme in “Hesitate”. Emerson Leif reveals further:

“I had many questions about life but the greatest question was one of God. Or better yet, one for God. “Are you there?” Honestly, religion just felt so tired and insular. I wanted something tangible. I wanted to find truth. The idea of searching is perhaps most terrifying, because what if one finds nothing.”

This is certainly one of life’s essential questions and “Hesitate” provides an amazing backdrop for pondering it or to also just simply relax. Listen to “Hesitate”, our Song Pick of the Day: