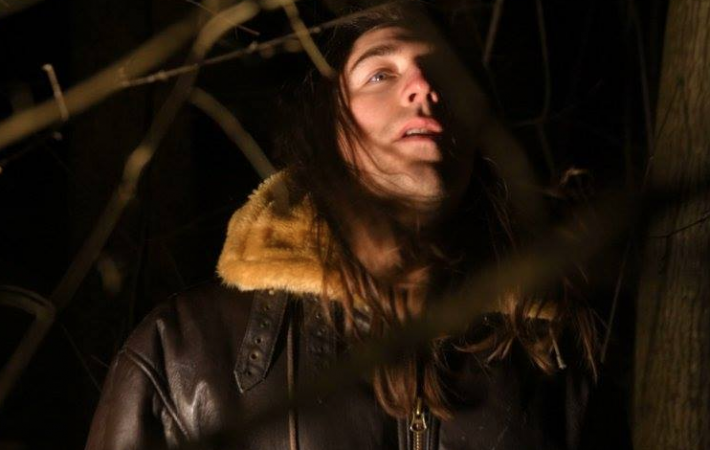 From VAZUM‘s upcoming self-titled album, one song stood out in particular: “Agafia”, a brooding, heavy hitting post-punk track with surprisingly bright vocals contrasting with the overall dark vibe. Based in Detroit, Zach Pliska, the artist behind VAZUM, plays drums in several bands of his hometown and decided 2017 make music as VAZUM. The result is his upcoming seven track album, with all songs written and performed by himself, with band support when playing live.

An album like VAZUM does not necessarily come with a classic single, because it is gorgeous in its entirety. Yet, I wanted to feature “Agafe” as our #glamglarepick and asked Zach for a bit more info about the track and he offered:

“The song is about feeling smothered by other people’s expectations and desperately wanting to break free of that. I find peace with time spent alone and disconnecting from society. I recently read an article about a Russian woman named Agafia Lykova who has lived a hermetic lifestyle, hence the title.”

I am glad, I asked. Listen to the mesmerizing “Agafia”, our Song Pick of the Day:

The debut self-titled EP was recorded with Zach Shipps at RV Audio Lab in Ferndale, MI and gets officially released on February 10th, 2018.