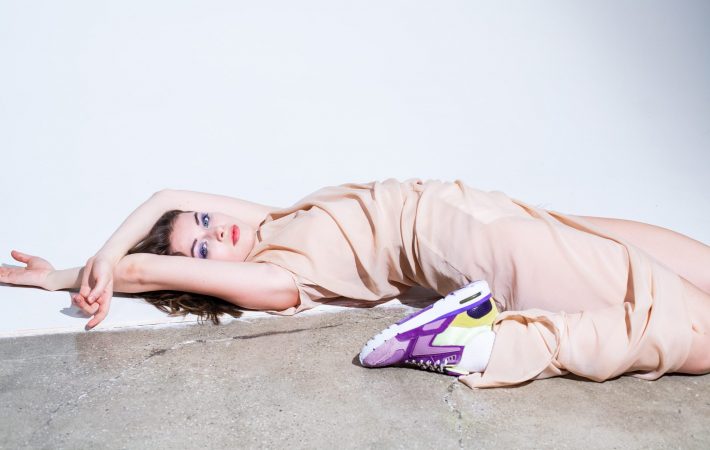 Looks like indie-electronic pop artist Kaiya is ready to start through in 2018 when her brand new single “Gimme” is any indication. The minimalist track, focuses on Kaiya’s soft and ethereal vocals and makes every instrument count. Originally from the Ukraine, Kaiya has spent the last couple of years modeling in Paris or Tokyo and eventually made New York her home. That’s also where she began to unleash her creative side and started to collaborate with electro-pop singer/songwriter and producer åMBe.

When asked about her inspiration, Kaiya told us the following:

“This song really means a lot to me. Though it sounds playful and sort of cute it’s actually about this type of inner conflict that you have while you are in a relationship. When you love a person and want to be with that person always, but sometimes you question yourself, if everything is right, and “what if”..”

Deep thoughts for a beautifully, airy pop song peppered with some serious hooks. We are excited to exclusively premiere “Gimme” as our Song Pick of the Day. Give “Gimme”, our first premiere of the year, a listen or two: