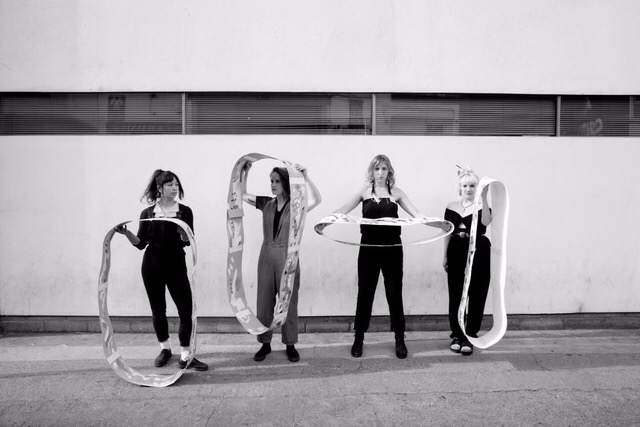 Marine is the London-based four piece Cara Sebastian (Vocals, Guitar), Ruby Jack (Vocals, Guitar), Beth Dariti (Bass) and Kaja Magsam (Drums) and according to their Twitter profile they are “singing about mythical creatures”. You find some of those in their new song “Mount Olympus”, a catchy song on the crossroads of pop, rock and folk. A ten track album is on its way for release next year.

Listen to “Mount Olympus” on SoundCloud or Spotify: