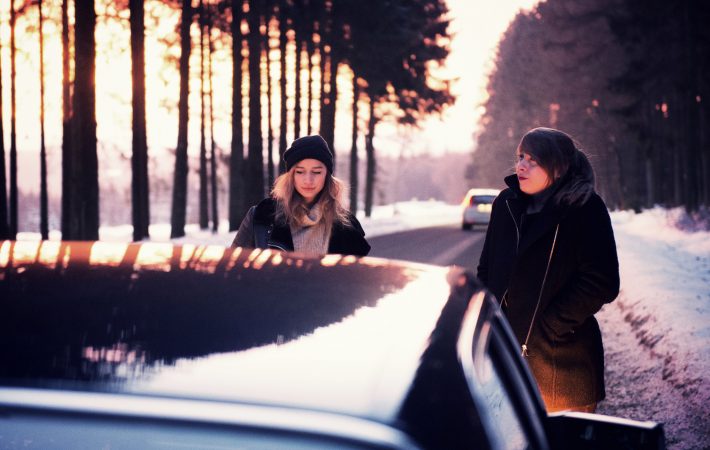 Esther & Fatou are a dream pop duo from Belgium. Like The Overcoats over here in New York they combine folk music and vocal harmonies with pop music elements into an appealing, nocturnal song. Esther & Fatou explain about their debut single “At Night”:

It’s a song about the way everything is seen in a different light at night. The track was inspired by a nighttime walk through the city, when we began to wonder about ourselves and other people. In a very organized society in which everyone is expected to make a distinct contribution, there comes the night: full of chaos, everyone is left with their thoughts, insecurities and secrets. The nighttime raises more questions about existence and faith. By morning; they all seem to disappear’

Listen to “At Night” one SoundCloud or Spotify: