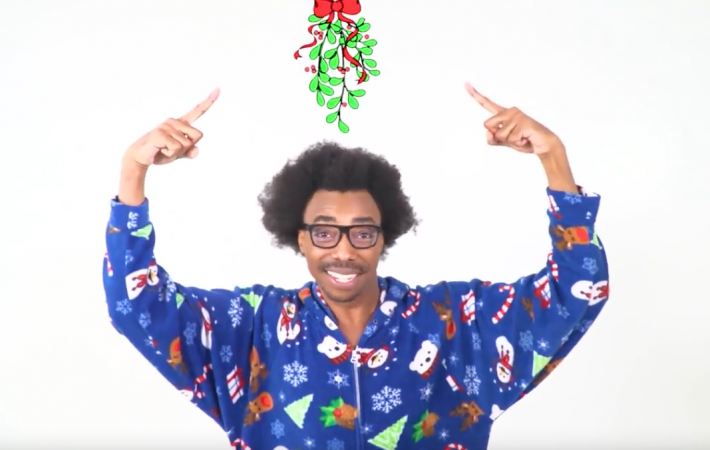 Aside from a myriad of versions of any classic Christmas song, the pop songs also received their fine share of cover versions, some better and some worse than the original one. After all, who else should sing “Last Christmas” than George Michael? And while the cover version of “I Saw Mommy Kissing Santa Claus” by the Jackson 5 is maybe one of the best known, it has certainly been a while and rarely was I more charmed by a holiday video than by Xav A.‘s cover of the track.

Xav A. (pronounced Zayv A) is an R&B singer, songwriter and producer, currently based in New York, who is channeling the excitement and power of 90’s music in order to remind the world just how much fun life can be. Here is what he wants to express with his holiday covers:

“This Christmas I really wanted to contribute to the holidays the best way I know how–by trying my best to spread joy and merriment! I chose to do covers of “I Saw Mommy Kissing Santa Claus” and “The Chipmunk Song” because I the most popular versions of those songs came out so long ago! They were definitely due for a refresh. The tracks are pop-alicious fun, and I hope they make you break out into a smile or a laugh on more than one occasion while listening.”

We are happy to premiere this lovely video today and ask you to watch Xav A.’s version and be ready for a BIG fat smile on your face: