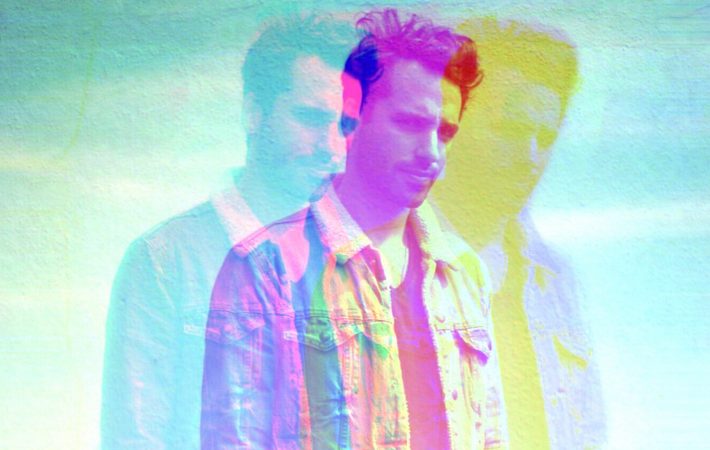 It is easy to instantly fall for “Strangely Addicted”. Hard. The track wraps you in a blanket of sonic beauty with its charming chord progression, majestic instrumentation and its bright, powerful vocals. There is something grande and clearly mesmerizing going on, something The Beatles of ’67 might have done, if they found themselves in 2017.

“Strangely Addicted” is the title song of Glassmaps‘ upcoming debut album, released November 10 by Lost In The Manor Records. UK-based Australian Joel Stein, lead guitarist in the much-loved Howling Bell chose the moniker Glassmaps for his solo project. We were smitten by “Summer Rain” earlier this year already, and are excited to exclusively premiere “Strangely Addicted” today.

On his record, Joel Stein offers autobiographical lyrics that speak of universal themes such as life, love and loss. Asked about the album’s title song, the artist provides:

“Strangely Addicted – You don’t care how wrong the relationship is, you just want it. The ambiguity is a turn on.”

If every ambiguity results in a track as gorgeous as “Strangely Addicted”, we are golden! Listen to our Song Premiere now: