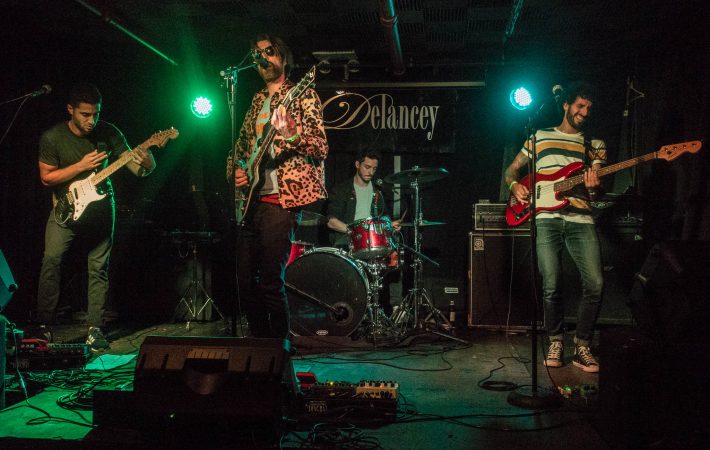 On Thursday we saw old favorites and some new ones we discovered while working through the Mondo.NYC lineup. While it is difficult to carry some festival spirit to the streets in New York City with its countless events and distractions, inside the venues it felt clearly that something special was going on. The Bowery Electric Map room was packed for a lineup of expressive performers, such as the Good Night Darlings or åMBé and at Pianos exciting bands like Holy Golden or Von Sell took the stage – the latter with his first show after long forced break.