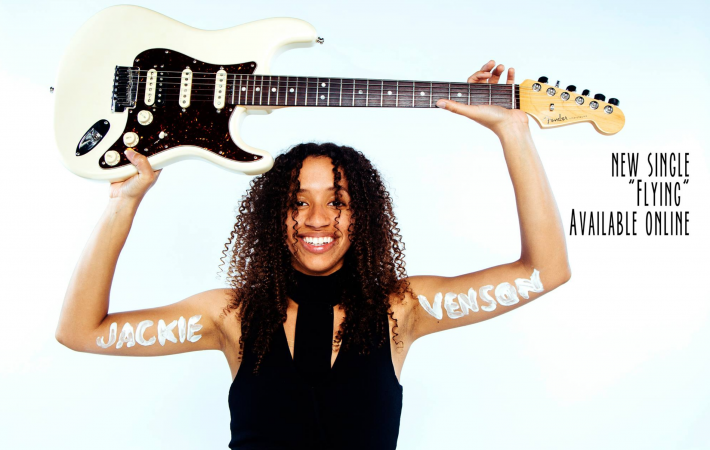 Filed Under: Mondo.NYC, Song Pick of the Day — By: Oliver Bouchard

On the heel of her just released stellar EP “Transcends”, Austin-native Jackie Venson goes on tour with a stop in New York. From her blues inspired rock album, we chose the single “Flying” as our Song Pick of the Day. “Flying” not only showcases Jackie Venson’s thrilling guitar chops, but lends room to her soulful vocals and proofs her talent as songwriter to be reckoned with. Listen to the playful “Flying” now and come see Jackie Venson playing Rockwood Music Hall Stage 3 at 11pm, on October 7th for Mondo.NYC: